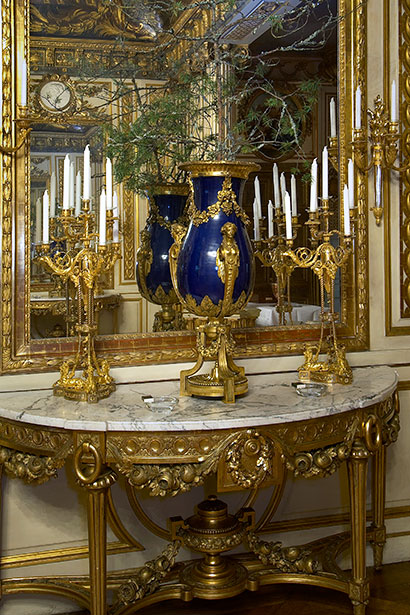 The ceiling paintings were carried out between 1732 and 1734 by the French artist Guillaume-Thomas-Raphaël Taraval and Antoine Baptiste Monnoyer.

Both the portraits in the bed alcove were painted by François Gérard. They depict Queen Josefina's parents, the Duke and Duchess of Leuchtenberg.

The blue urns date from around the 16th century and are Chinese, but their mounts and the surrounding candelabra are French bronze work from the 1780s.