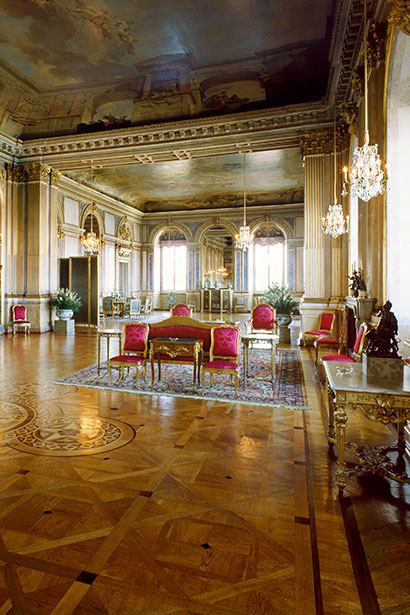 Today, The King and Queen use this room to welcome guests before official dinners. Afterwards, the room is used as a drawing room.

The annual Sweden Dinner is held in the Vita Havet Assembly Rooms, at which the Royal Family recognises individuals who have made significant local, regional or national efforts.

FACTS
The silver objects include King Karl XII's Cavaler coronation horse, a silver shoe set in a serving dish. According to tradition, the horseshoe fell off during the coronation ride and the finder would have good luck.