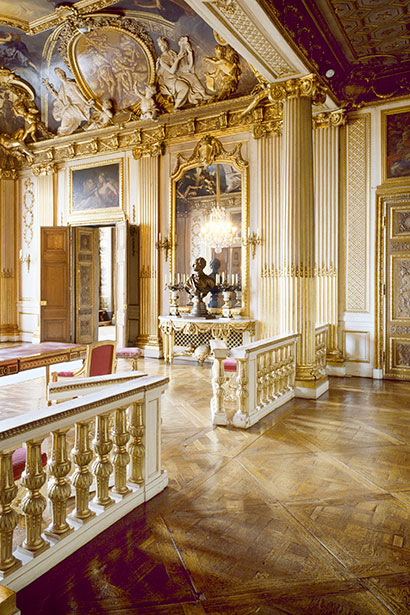 The two bedchambers are separated by the magnificent King Karl XI's Gallery.

It was also here that King Gustav III eventually died from his injuries after being shot during a masked ball at the Royal Swedish Opera in 1792.

HISTORY
King Gustav III died here, two weeks after having been shot by Jacob Johan Anckarström during a masked ball on 16 March 1792.

He died on 29 March of blood poisoning and pneumonia. His last words were: "I am so tired, and would like to rest for a while."