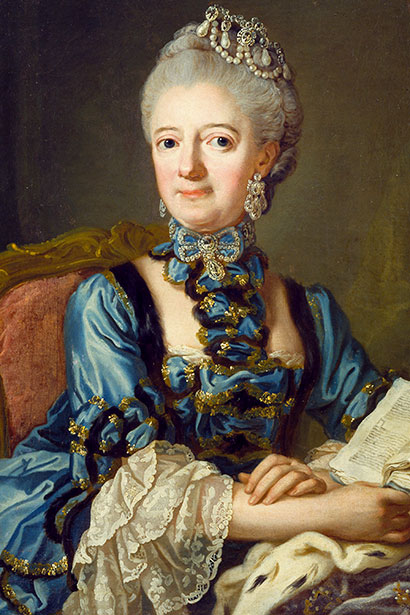 The talented, highly educated Lovisa Ulrika became one of Sweden's leading cultural figures. No other Swedish queen has left more of a mark on the theatre, and she also breathed new life into royal entertainment. She built up the palace theatres at Drottningholm and Ulriksdal.

Lovisa Ulrika was influenced by the ideals of the French Enlightenment. As a queen, she used the resources at her disposal to promote culture and science. For example, she supported the Swedish writer Hedvig Charlotta Nordenflycht and was also a patron of Carl Linnaeus.

In 1753, Lovisa Ulrika established the Royal Swedish Academy of Letters, a centre of knowledge for research within the humanities.

Portrait by Lorens Pasch the Younger, 1768, oil on canvas.