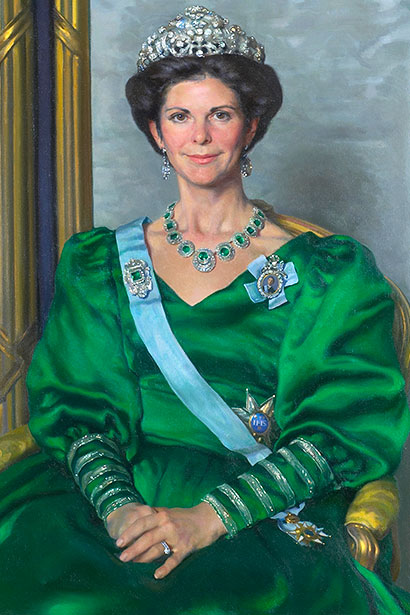 Silvia Renate, Queen of Sweden, was born in Heidelberg on 23 December 1943. Her parents were the late businessman Walther Sommerlath and his Brazilian wife, the late Alice Sommerlath.

Silvia Sommerlath and The King met at the Olympic Games in Munich in 1972. They became engaged at the Royal Palace of Stockholm on 12 March 1976, and were married at Stockholm Cathedral on 19 June that same year.

Silviahemmet was established on Drottningholm at Queen Silvia's initiative. The Silviahemmet Foundation, which is chaired by The Queen, promotes scientific research and provides training courses and care within the field of dementia.

The Queen also took the initiative of founding the World Childhood Foundation, with the mission to work toward better living conditions for children.