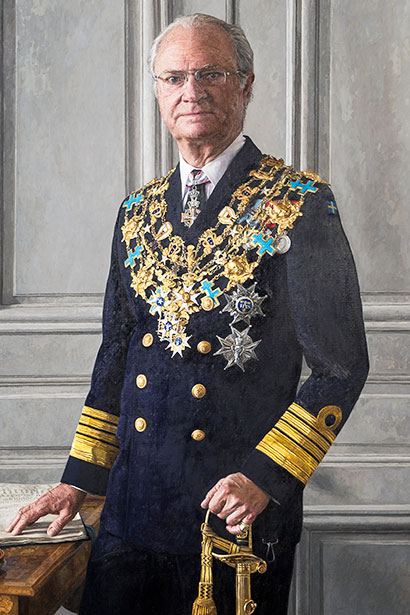 Our current King Carl XVI Gustaf grew up at Haga Palace in Stockholm, an only son and the youngest of five children. His father, Prince Gustaf Adolf, died in an air crash at Copenhagen's Kastrup Airport in 1947 on his way home from a visit to the Netherlands. Prince Carl (XVI) was only nine months old at the time.

King Carl XVI Gustaf's role as a monarch is purely representative, but he remains chairman of the Advisory Council on Foreign Affairs at which the Swedish Government seeks the Riksdag's backing for its foreign policy.