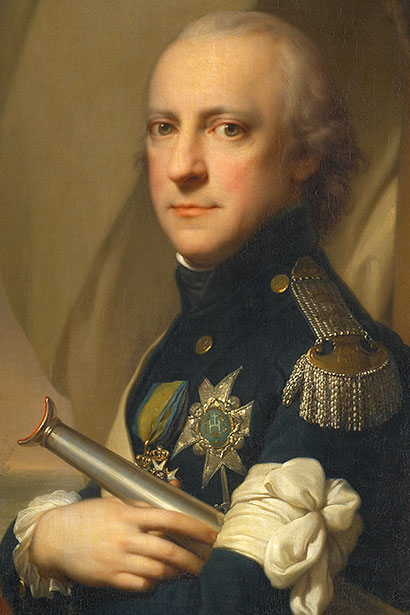 Following the coup d'état against King Gustav IV Adolf, King Karl XIII was named king at the age of 60.

King Karl XIII played a subordinate role in his kingdom. In reality, his adopted son Jean-Baptiste Bernadotte took control as soon as he arrived in Sweden in 1810.

During the war against Russia between 1788 and 1790, he was commander of the navy and regarded the naval Battle of Hogland as the highlight of his military career.

King Karl XIII suffered from repeated strokes, he died in 1818.