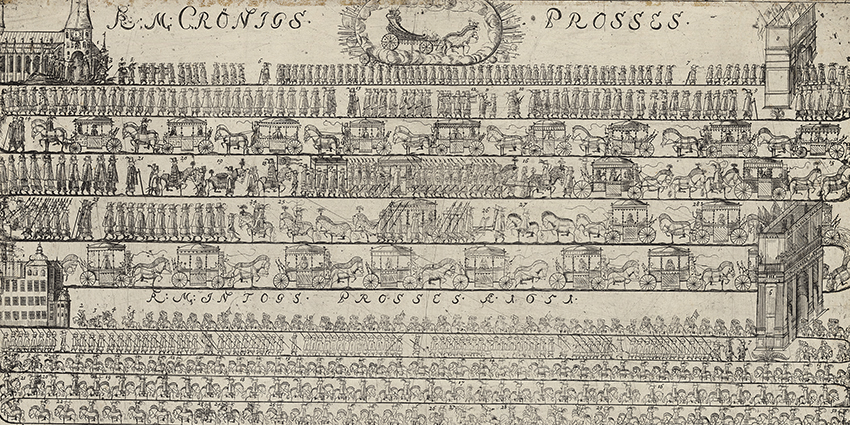 Queen Kristina's coronation in 1650 was one of the most lavish and most attention drawing coronations in Swedish history. Enormous orders were made in Paris several years prior to the event.

In October 1650, Queen Kristina’s coronation procession to the Royal Palace set off from Ulriksdal Palace, and was unique in many ways. The coronation was the most expensive and lavish in Sweden’s history.

Forty warships paraded in the Strömmen and three triumphal arches were built in the city. The procession that began at Ulriksdal Palace was so long, that as the first people arrived at the palace in Stockholm, the final people had not even left Ulriksdal.

Kristina's coronation coach is one of the most important objects from Swedish 17th century ceremonial history.

Since the 1600s – for over 300 years – the magnificent carriage textiles have been preserved in the Royal Armoury. The entire livery for a set of six team horses has also been preserved.

Reconstruction of the coronation carriage began in the 1980s. This meant the entire carriage, with a team of six white horses, could be displayed for the first time since the 1600s. The equipage was showcased at many venues, including the Royal Academy of Arts in London, in 1989.

The equipage is currently exhibited at the Ulriksdal stables, which date back to the 1700s. This is quite fitting as it is from Ulriksdal that Queen Kristina's coronation procession began – a castle that the Queen frequented quite often during her short reign. 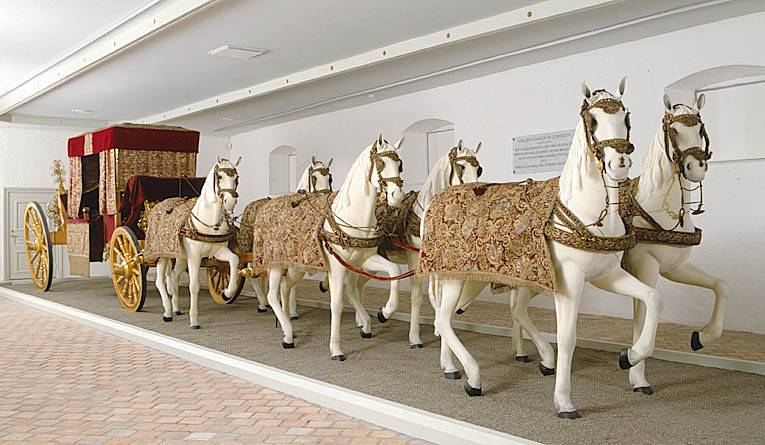 BOOK A VIEWING OF THE CORONATION
The museum for Queen Kristina’s coronation coach is in the stables at Ulriksdal Palace. Viewings can be booked for groups - read more at Group Visits.

The Royal Walks app offers walks in beautiful settings through several of our royal parks. It now includes walks in the area surrounding ...

A Royal family keeping up with the time. '200 years of Swedish History with the Bernadotte Dynasty' is a story told by Dick Harrison, Pro...