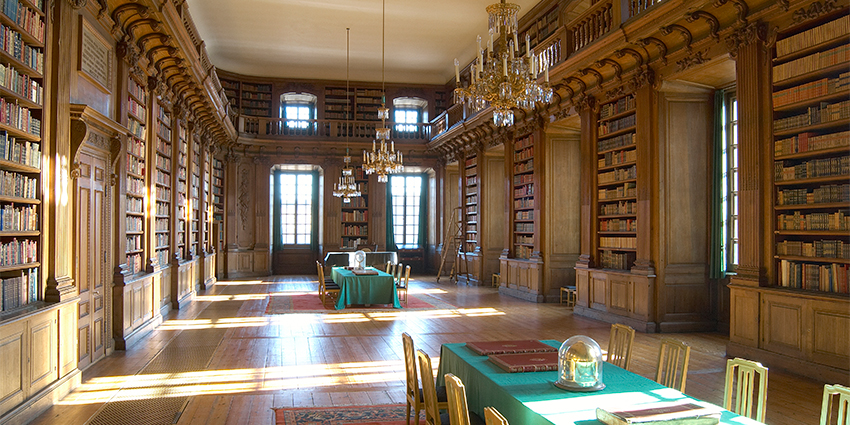 The Bernadotte Library contains the royal book collection, approximately 100,000 books that have belonged to the Bernadotte kings and queens throughout the ages.

The library also contains the Bernadotte collection of photographs consisting of more than half a million photographs.

Building a large national library at the Royal Palace in Stockholm was part of the work that architect Nicodemus Tessin the Young was commissioned to carry out.

A Royal Library existed in the original palace that burned down in 1697. It contained the Royal book collection and a national collection that had quickly grown thanks to legal deposits to the library.

The law regarding legal deposits dates back to 1662 and states that every printer in the realm must provide one example of every printed work to the crown.

A new library is formed

Over the years there have been several sets of plans for the library. Tessin's original plan for the north western wing included a wall-division dividing the room into two long and narrow rooms. These plans were not realized during his lifetime.

Tessin's successor, palace architect Carl Hårleman proposed a room with small side cubicles and an open walkway in the middle. This too was never realized.

Finally, palace architect Carl Johan Cronstedt's proposal of a large open space with a wall on the northern side, building a corridor towards the north outer wall was implemented.

Thanks to the height of the ceilings, the same high ceilings as in the Royal Chapel and the Hall of State, it was possible to build two entresols in the corridor, resulting in three storage corridors.

The library took a long time to build. At the beginning of the 1700s there were plans to pain the library in white and gold.

However, when it was finally finished at the end of the 1700s, styles and taste had changed and unpainted oak was preferred.

It was not until 1796 that all the interiors were finished and the building could be put to use. 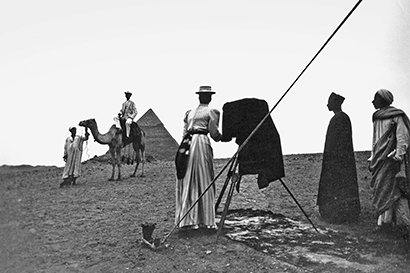 The library’s collection also includes photographs from the royal family. Queen Viktoria was a keen photographer. She is seen here taking photos during her trip to Egypt in 1890-91. 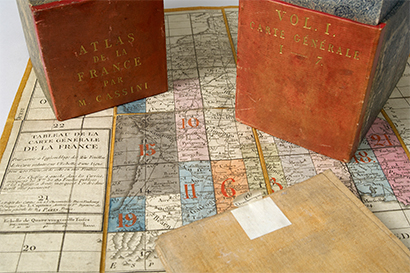 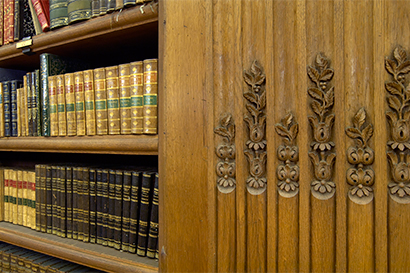 BOOK GUIDED TOUR OF THE BERNADOTTE LIBRARY
The library is open during special events . The library can also be visited by advance booking for a guided tours or research, se Group Visits.

The "Look at the rugs – find me" exhibition will be extended until the autumn, in the hope that we can re-open to visitors later this yea...

The Thinking Hand is an annual scholarship competition for young draftsmen. The nominated entries will this year be exhibited at Royalp...