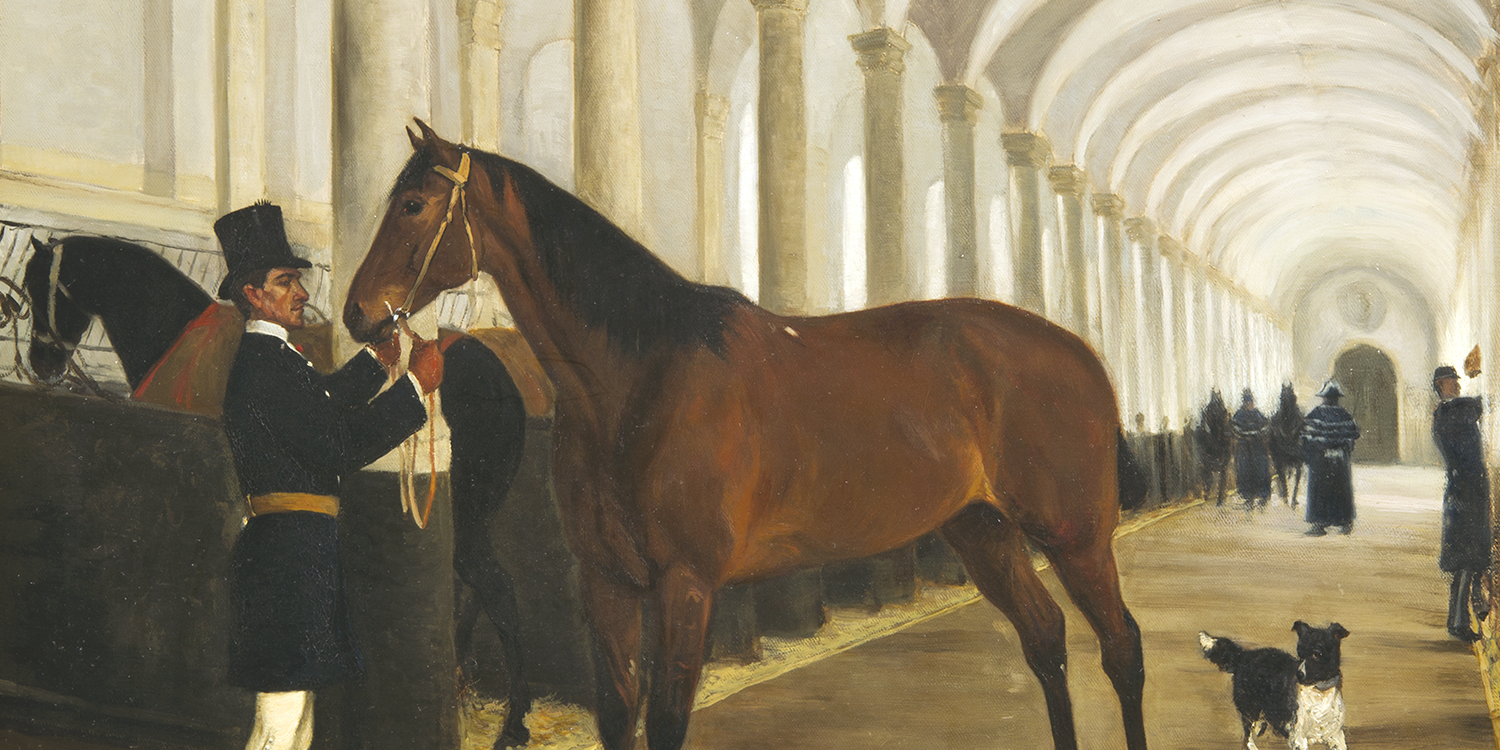 The time of the Union

The illustrated exhibition depicts the earliest history of the Royal Stables, from 1535 when the first royal stables were built on Helgeandsholmen, through to their current location and operations. There were also other stables in the city and at the various royal properties.

However, the main focus is on the time of the Swedish-Norwegian union (1814-1905) and the reigns of King Karl XIV Johan and King Oskar I. The exhibition shows both everyday life and special occasions. Who worked here? How did they live? How many horses were there? How were they used? And how did people entertain themselves?

The exhibition introduces us to the people who worked at the Royal Stables. As well as the stable workers, several people who were paid by the Royal Stables are thought to have been family members of employees. For example, the widow Margareta Christina Dunderhake, born in 1769, cleaned for the stables' employees and received 2 riksdaler each month. Her son was a stallion rider.

Every month, 15 churns of full cream milk – around half a churn each day for the stables' cats – were delivered to the Royal Stables.

This milk was delivered by a certain Johan Sandberg, probably Sandberg the stallion rider from King Karl XIV Johan's royal stables. The cats were an important part of everyday life at the stables, as they kept the rats and mice at bay. There is still a cat at the Royal Stables to this day.

In the early 19th century, walking in the parks that had previously been closed to the public was a popular pastime for the city's citizens. Royal Djurgården was a breathing space amid the city where all social classes could come together. The public now had free access to what had once been private royal hunting grounds.

"… One popular source of entertainment is to sit in the windows of Ladugårdsgärde – especially on Storgatan – and watch the crowds who have come out to celebrate the approaching summer."

So wrote a contemporary writer about the pastime of watching royalty during May celebrations and the military exercises at Ladugårdsgärde during the summer months.

The exhibition is part of the commemorations marking the Bernadotte dynasty's 200 years on the Swedish throne. The exhibition will be on display during the Royal Stables' ordinary opening hours, in connection with the guided tours which end at the exhibition space. 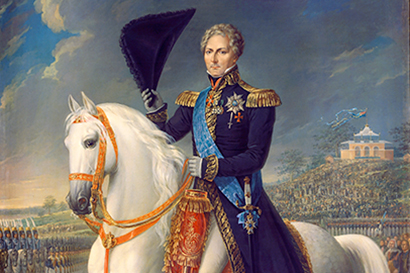 The time of the Swedish-Norwegian union. The exhibition focuses on the history of the Royal Stables during the times of King Karl XIV Johan and King Oskar I. Portrait of King Karl Johan on horseback, by Fredrik Westin. 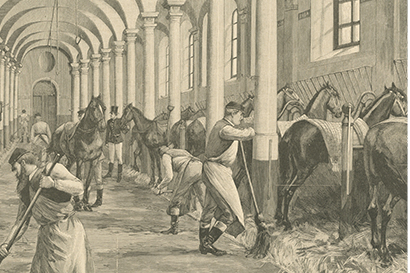 Everyday life. The exhibition describes the work carried out at the Royal Stables. Wood engraving by G. Forsell after an original for Svea magazine by G. Stoopendaal. Photo: Stockholm City Museum 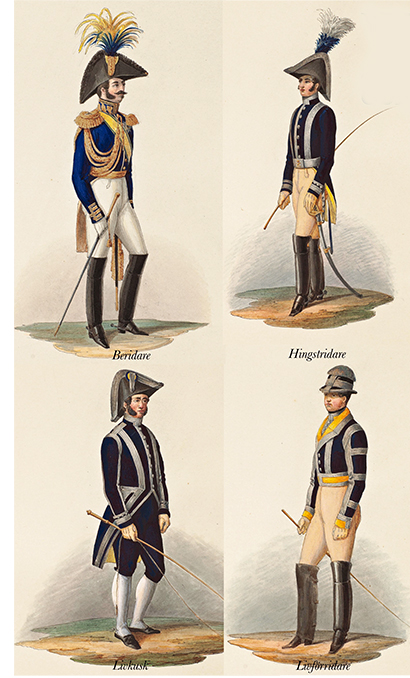 We can learn about the people who worked at and for the Royal Stables, their duties and their lives. 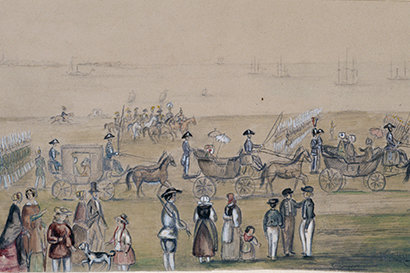 Festivities. The exhibition also describes festivities and the Royal Stables' function for royalty. Watercolour by Princess Eugénie, daughter of King Oskar I. From the Royal Collections.

TICKETS
The exhibition will be on display during the Royal Stables' ordinary opening hours, in connection with the guided tours which end at the exhibition space.

Tours of the Royal Stables

The time of the Union

What was life like at the Royal Stables during the times of King Karl XIV Johan and King Oskar I? An exhibition in the coach shed describ...