One July evening in 1753, Queen Lovisa Ulrika was surprised with a fantastic birthday present. In the far section of Drottningholm Palace Park, King Adolf Fredrik had secretly had a summer palace built in the Chinese style.

“He took me to the side of the pleasure gardens, and I was surprised to find myself suddenly standing in front of a real fairy tale palace, as the King had commissioned a Chinese pavilion – the most beautiful building imaginable.”

At that time, all things Chinese were the latest fashion. The East India trading companies brought large quantities of tea, spices, silk, porcelain and exclusive works of art to Europe during the 18th century. China was seen as an exotic, mythical country, and the Chinese Pavilion is the embodiment of this oriental fantasy.

Inside the pavilion, Chinese-inspired Swedish Rococo furniture stands alongside imported Chinese objects. Several of the rooms still have their original Chinese silk and paper wall coverings. There are also lacquered screens, stained glass, porcelain and other decorative objects, many of which were probably imported by the Swedish East India Company. However, some of the Chinese objects here are even older, including pieces from the times of Queen Hedvig Eleonora and Queen Kristina, when porcelain was incredibly expensive.

The Chinese Pavilion is located in Drottningholm Palace Park, and is open daily from May to September for self-guided visits. 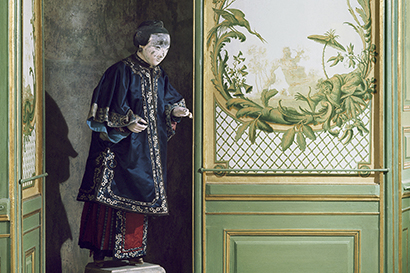 The Green Room. The Chinese Pavilion was built in the middle of the 1700s, a period in European history when chinoiserie was the height of fashion. Photo: Alexis Daflos/Royal Palace 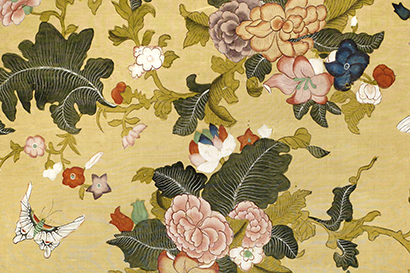 Find out more about opening days and times here: