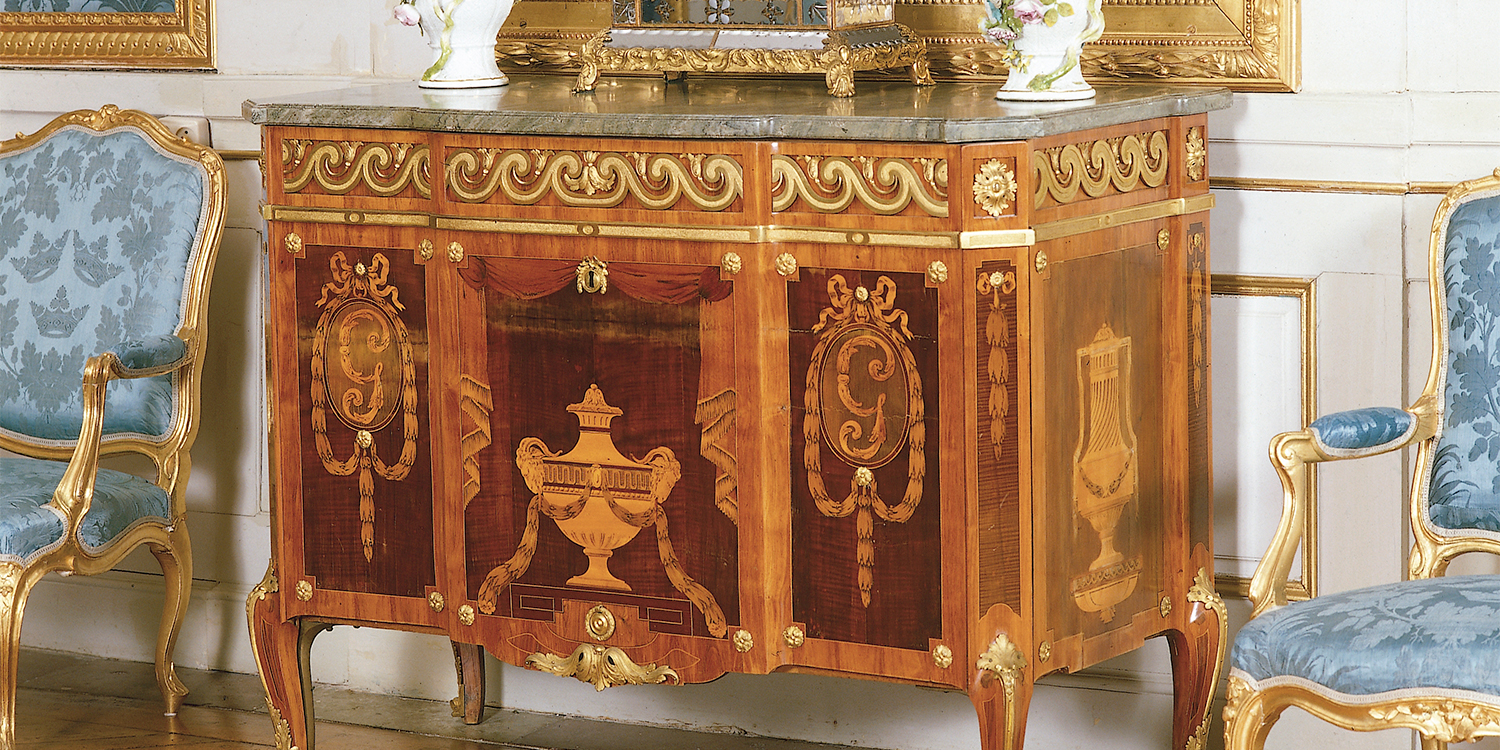 The secret of the bureau

In the Chinese Salon at Drottningholm Palace stands a bureau made by one of Sweden's most famous furniture makers of all time: King Gustav III's favourite, Georg Haupt. However, the bureau is not what it appears to be.

Even in the 18th century, Georg Haupt's pieces of furniture were costly, luxurious objects. Certain pieces have fascinating details, such as secret compartments, but none raise as many questions as this bureau – which is, in fact, a bed.

When the bed was commissioned in 1777, the price was 240 riksdaler. Compared with the wage index for male industrial workers at that time, this equates to more than two million kronor in today's money. The disguised bed stood in the king's bedchamber, but it was not the king who slept in it. In actual fact, it was the king's page who slept in such an expensive bed.

King Gustav III was constantly surrounded by other people, and his page – usually an officer in his twenties – slept in the same room. The page's role was somewhere between that of a bodyguard and a servant. He accompanied the king when he went out walking, and in the evenings he read aloud by the light of a single candle until the king fell asleep. He also organised the king's bath, and King Gustav III bathed or showered every other day. Another duty was to wake the sleepy king in the mornings.

A fashion for surprises

At that time, people were extremely fond of surprises and disguising things as completely different objects. Christmas presents were baked into cakes, a small summer palace might be designed to give the appearance of being in China, and the bodyguards' quarters in Drottningholm Palace Park are styled as a romantic tent. A bed that looks like a bureau fits very well with this fashion.

King Gustav III certainly did not want to see an ugly spare bed in his bedroom. The solution was this disguised bed. The bed is 173.5 cm long when pulled out to its full extent, which was plenty long enough for an adult man of average height at that time. The bedding consisted of down mattresses, allowing for a good night's sleep. 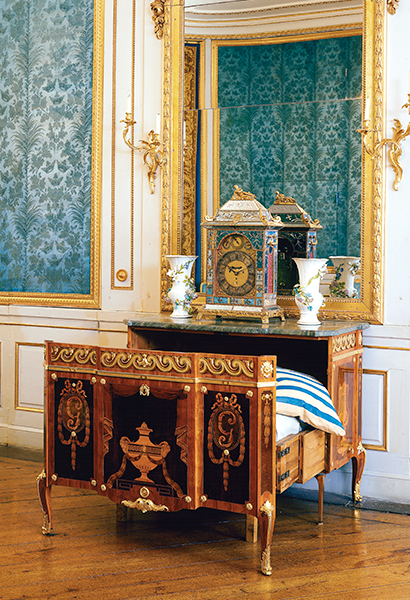 King Gustav III's page slept in the pull-out bed by Georg Haupt, which can be seen at Drottningholm Palace. Photo: Royalpalaces.se

Lennart Nilsson is one of Sweden’s best-known photographers. This year’s summer exhibition at Gripsholm Castle presents some twenty of hi...