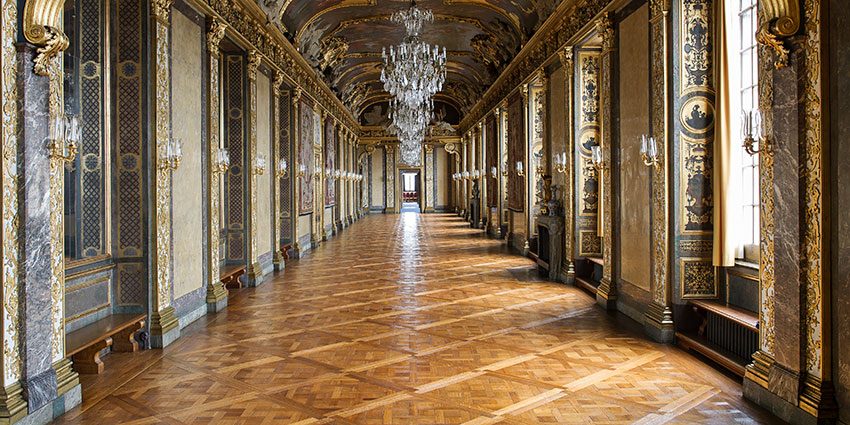 Karl XI's Gallery is, perhaps, the most magnificent room in the Royal Palace of Stockholm. Anyone who has seen photographs of the Hall of Mirrors at Versailles will notice the similarities immediately.

This is no coincidence – the palace's architect, Nicodemus Tessin, was inspired by his visits to France, and many of the craftsmen involved had previously worked at the Palace of Versailles.

Many aspects of Karl XI's Gallery are reminiscent of the Hall of Mirrors at Versailles, not least when it comes to the use of mirrors. Lighting large rooms was difficult before the advent of modern lighting. Mirrors reflected daylight, keeping rooms light for longer. And when the candles in the chandeliers were lit in the evening, the effect was twice as striking. Karl XI's Gallery is smaller than the Hall of Mirrors at Versailles, at 47 metres long and 6 metres wide, compared with 73 metres by 10 metres, but the mirrors, which were extremely expensive, are actually larger in the Swedish room.

The decorative elements in Karl XI's Gallery are also very similar to those in the Hall of Mirrors at Versailles. This is particularly evident in the central panel. Here, the artist has replaced the French King Louis XIV with Sweden's King Karl XI in a similar depiction. Here and there, hints about the king's intended messages can be found. For example, in one place the Latin phrase: "Praestat pax mille triumphis" – "Peace is better than a thousand victories" can be seen.

Karl XI's Gallery is smaller than the Hall of Mirrors at Versailles, at 47 metres long and 6 metres wide, compared with 73 metres by 10 metres. Photo: Alexis Daflos 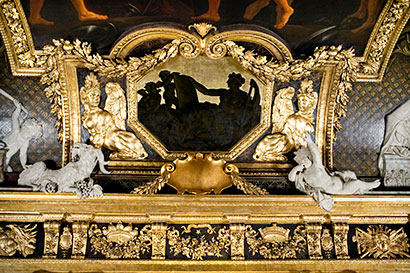 The palace's architect, Nicodemus Tessin, was inspired by his visits to France, and many of the craftsmen involved had previously worked at the Palace of Versailles. Photo: Nino Monastra 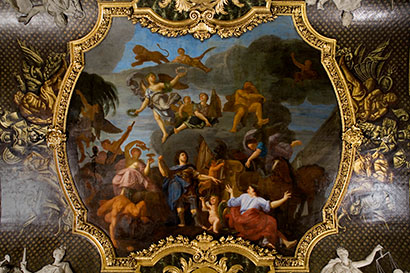 The Royal Apartments are included in the palace ticket. Stroll on your own or join the guided tours.