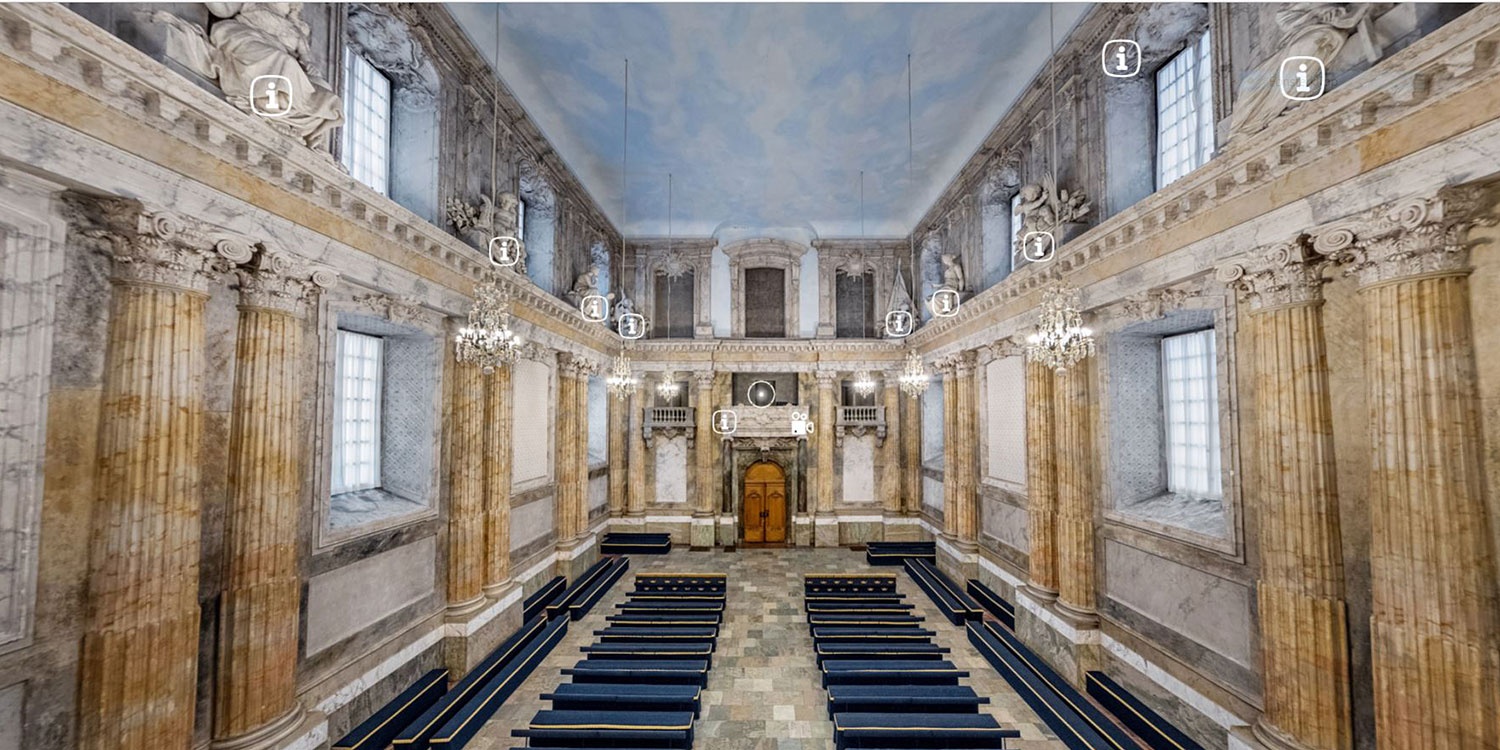 Discover the Hall of State at the Royal Palace in 360°. This room was the centre of Swedish power for centuries, and is still used for official ceremonies today.

Click on the top image to start the tour.
Clicking on the round symbols on the floor will take you through the room. The 'i' symbols show that information is available about selected works and events. The tour can be viewed at two levels: at ground level and at a height of six metres. You can switch between the levels via the menu symbol in the bottom left-hand corner.

The room was completed ready for the 1755 Riksdag, and was the site of the upper classes' joint meetings under the King's chairmanship. Over the years, the room has seen many significant symbolic events. It was here that The King opened the Parliamentary Session according to ceremonial tradition every year until 1974. The Hall of State is still used for official ceremonies today.

Opens in new window., which can be seen here, is one of the palace's highlights. It is where The King sat during his ascension to the throne in September 1973.

In spring 2010, the Hall of State underwent extensive restoration. (Many of the detailed images of the sculptures were taken at this time, which is why scaffolding is visible in some places.) The Crown Princess Couple's wedding banquet was served here on 19 June 2010.

The Hall of State has also been used for filming. The biggest Swedish film of 1925 was John W. Brunius's two-part Charles XII, starring Gösta Ekman senior in the lead role. When the film was released, King Gustaf V and Queen Viktoria invited all of Stockholm's officers to a screening here in the Hall of State. A couple of minutes of the film can be seen at the Musicians' Gallery during the virtual tour.

The Hall of State is 610 square metres in size, with a ceiling height of 16 metres. The images in the virtual tour were taken at ground level and at a height of six metres, and the tour can therefore be viewed at two different levels.

The Hall of State is open to visitors all year round. The 360° tour allows you to experience this magnificent room wherever you are. 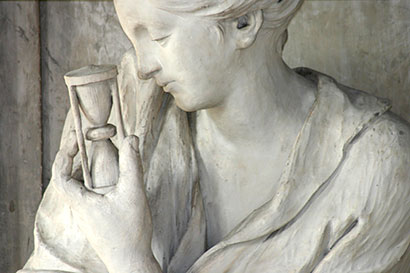 The tour can be viewed at two different levels. Level 2 shows the cornice sculptures, created during the 18th century by the French sculptors Charles Guillaume Cousin and Pierre Hubert L'Archevêque. The sculptures pay tribute to the Swedish nation, symbolising concepts such as strength, religion, integrity and industriousness. 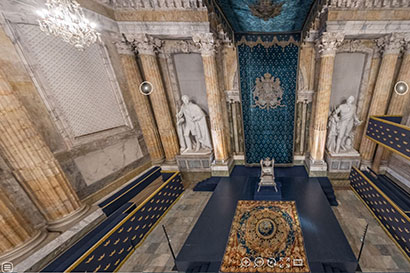 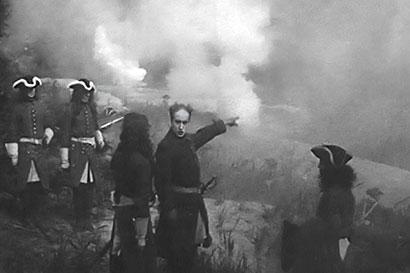 At the Musicians' Gallery above the door in the virtual tour, a film symbol allows you to watch a couple of minutes of the 1925 film Charles XII, which was screened in the Hall of State at King Gustaf V's initiative. 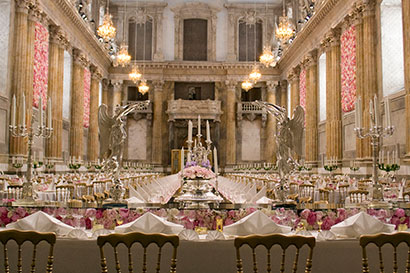 The Hall of State has seen many great events in our royal history, including coronations, enthronements and the Opening of the Parliamentary Session. More recently, it has also been used for musical events and exhibitions. In 2010, the Hall of State was used for The Crown Princess Couple's wedding banquet, which was broadcast on TV.

VISIT THE HALL OF STATE