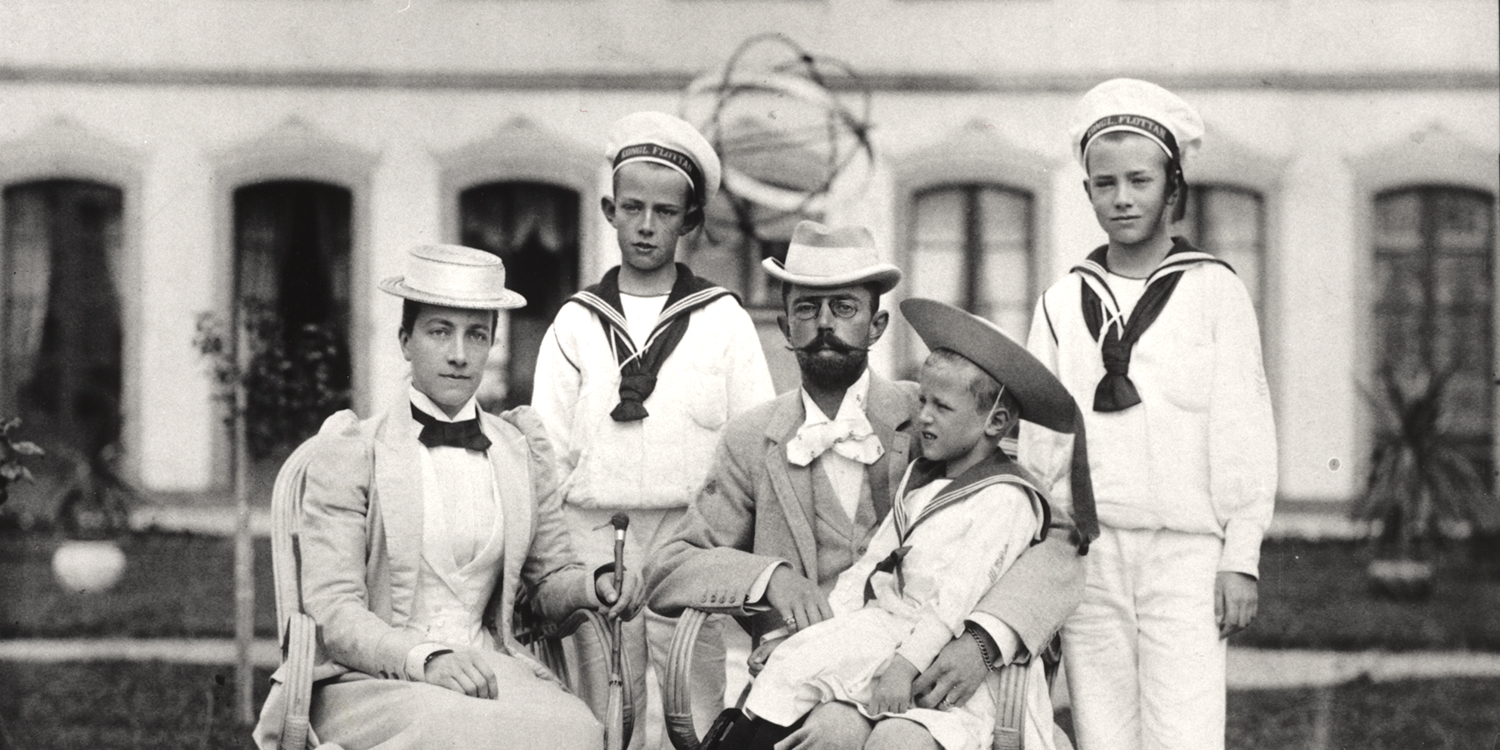 They would usually come to Tullgarn at the beginning of May, often staying until September. Victoria suffered from lung disease, and loved animals and nature. In her darker moments, she referred to the Royal Palace as 'the State Prison'. Here at Tullgarn, she could enjoy sunlight and fresh air. The sparkling bay, the birdlife and the greenery soothed her soul.

Unfortunately, the palace has always had serious problems with damp. This was why Victoria eventually had Solliden built on Öland. However, King Gustaf V continued to visit his beloved Tullgarn every summer.

Here, life was a little less formal and the family could enjoy their favourite occupations. Gustaf had a tennis court set out in the grounds. He had first encountered the sport on a visit to England in 1879, and was instantly hooked. He become one of Sweden's very first tennis players, and continued to play for many years under the name Mr G.

The grounds at Tullgarn were meticulously maintained during the time of King Gustaf V and Queen Victoria, with large, colourful flowerbeds. Plants have been grown at the palace since the 17th century, and in the 19th century there were greenhouses for growing peaches, grapes and pineapples. Gustaf and Victoria liked to drink coffee in the grand orangery, which still stands. However, perhaps the most impressive feature in the grounds was the beautiful avenue of lime trees where the royals would sometimes play croquet.

King Gustaf V loved spending time outside and fishing for pike, and was also a keen hunter. The king's catches were prepared in the palace's kitchen.

Victoria loved dogs, and her pack of around a dozen poodles, sighthounds and borzois were allowed to run free – perhaps not always to the delight of those around her. Victoria was a skilled rider, and also enjoyed driving a coach and four horses. The beautiful stables at Tullgarn can still be visited, and were home to her white Lipizzan horses.

Boating was a big part of the family's summer. Gustaf and Victoria's two oldest sons, Gustaf (VI) Adolf and Wilhelm, sailed frequently, and Wilhelm in particular became a keen sailor. The royal boathouse still stands, and the family's rowing boats were kept on the small lake behind the palace.

The family also enjoyed bathing and swimming at Tullgarn. The water at Tullgarn was often warm, since the palace stands on a shallow bay, and one of the family's bathing houses remains here. (The other was destroyed by an autumn storm a few years ago.)

A more mysterious memory lies out in the bay. Victoria was a skilled photographer, and took thousands of pictures. In her will, she ordered all her negatives to be sunk in the water near the palace. Her instructions were followed, and they lie there to this day.

Several of the interiors at Tullgarn remain untouched since the time of Gustaf and Victoria. These include a modern kitchen and the Breakfast Room (which is reminiscent of a German tavern, with its dark, cosy feel), and stand in contrast to the palace's many 18th century features.

Top image: King Gustaf V and Queen Victoria together with their three children, Princes Gustaf Adolf, Wilhelm and Erik, in around 1890. Photo: From the Bernadotte Library's collections. 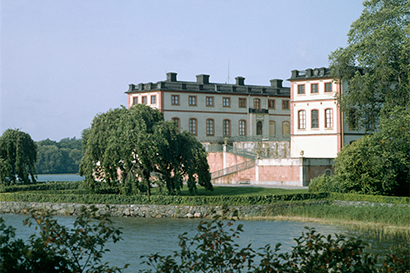 With its coastal location, Tullgarn was a summer paradise for King Gustaf V's family, with boating being a popular pastime. The family spent many summers here. Photo: Alexis Daflos/Royalpalaces.se 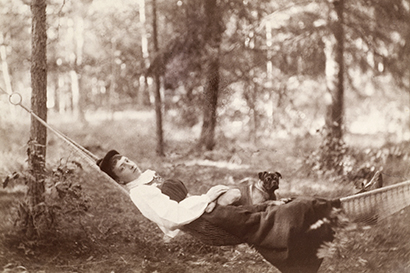 Queen Victoria longed to leave 'the State Prison'. Here, she lies in a hammock with one of her beloved dogs on her lap. The photograph was probably taken in 1886-87. From the Bernadotte Library's collections. 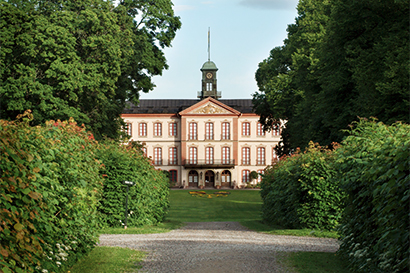 Extensive use was made of the palace grounds. The family played tennis and croquet. Plants and fruit were grown, including in the greenhouse. Victoria's dogs had plenty of space to roam, and her horses lived in the palace's stables. Photo: Dick Norberg 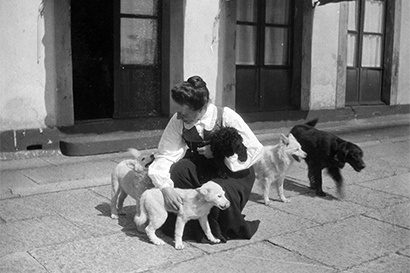 At Tullgarn, Queen Victoria's dozen or so dogs could run free. This photo is taken from the 'Tullgarn' photo album from the Bernadotte Library's collections. 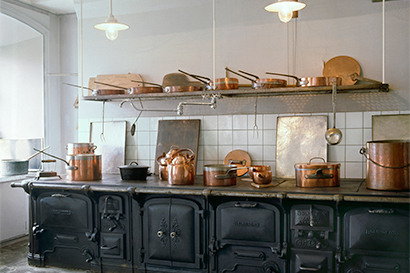 The kitchen was fitted out for King Gustaf V and Queen Victoria, and was used frequently. Victoria enjoyed baking, and Gustaf hunted and fished – bringing back many meals. Photo: Alexis Daflos/Royalpalaces.se 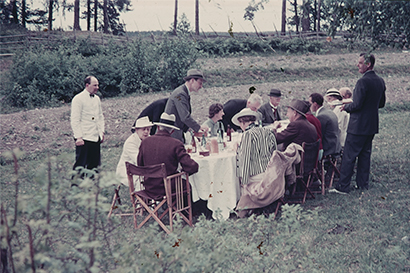 Many meals were eaten outdoors. The palace park is open to the public, and is a popular destination. Photo from the Bernadotte Library's archive.

Find out more about Tullgarn Palace

Find out more about the Palace Park

RECIPE FROM THE ARCHIVE