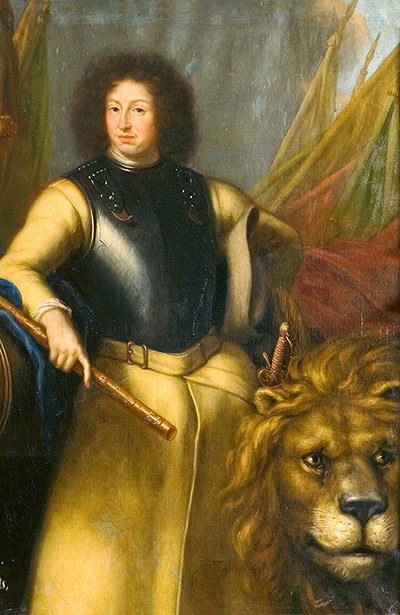 At the time of his father's death, Karl was just four years old. The kingdom was therefore ruled for twelve years by a regency government.

Through an alliance with France, Sweden was drawn into the ongoing European war. The war, known as the Franco-Dutch War, had been waged since 1672. This in turn led to the Scanian War. In 1675 Sweden was attacked by Brandenburg-Prussia and Denmark, and on 4 December 1676 Karl won the Battle of Lund against Denmark. Treaties were signed in 1679 under the agency of France.

The king subsequently strengthened the armed forces, including through the allotment system which ensured the soldiers' livelihoods.

Karl then introduced a system of autocracy, but ruled the country according to the law..

Karl XI, 1655–1697, King of Sweden, Count Palatine of Zweibrücken, painted by the Swedish artist David Klöcker Ehrenstrahl (1628–1698). The painting hangs in the Audience Chamber at Gripsholm Castle, and is part of the Swedish State Portrait Collection. Photo: Nationalmuseum

The Lord is become my Defender