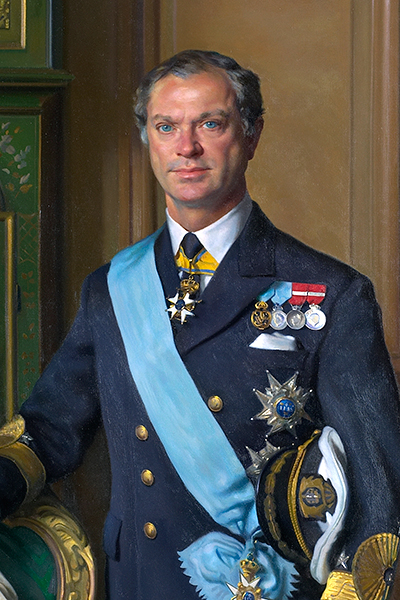 Our current King is depicted here in his admiral's uniform by New York-born artist Nelson Shanks. His painting is characterised by powerful brushwork, and he was against painting solely "by feeling".

To the left of The King is Gustaf Nylander's longcase clock which stands in the cabinet in the Bernadotte Apartments at the Royal Palace of Stockholm when The King receives state visits.

The portrait can be seen in the East Guard's Hall of the Bernadotte Apartments at the Royal Palace of Stockholm.