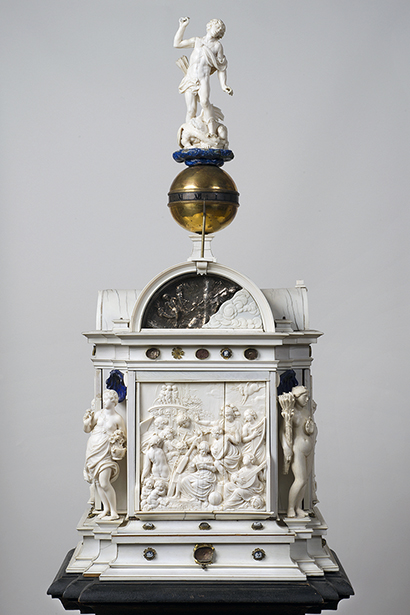 With its ivory casing, this clock is just as unusual for a cabinet of curiosities as it is as a table clock. The clock belonged to Queen Dowager Hedvig Eleonora. At the time of her death, it stood in the King's House, the royal family's temporary residence on Riddarholmen following the palace fire of 1697.

The piece was produced by Abraham Scheirlin in around 1640, and the silver plate showing the divisions of the day was made by silversmith David Jäger. Both master craftsmen were working in the German city of Augsburg in the mid-17th century. The clock stands on a square base with a gilded figure of a woman holding an hourglass, made by Burchardt Precht.