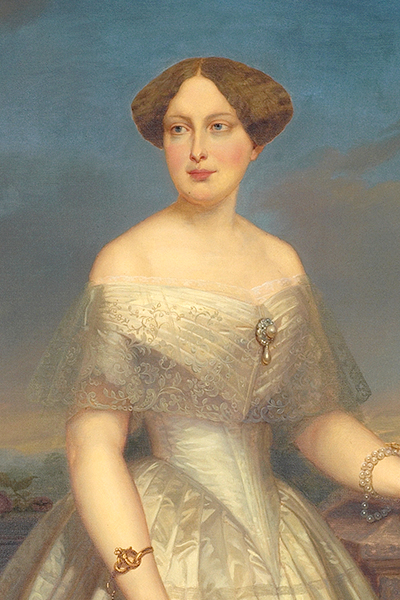 The future Queen Lovisa is depicted on a terrace with roses and ivy. She wears a white dress with delicate lace.

The portrait is regarded as being highly flattering, and as a future queen she had all the qualities the royal court was looking for. She was a Protestant and politically suitable, and came from a wealthy family.

The painting was produced by an unknown copyist, based on an original by the Belgian painter Nicaise de Keyser.

The portrait can be seen in the Bernadotte Gallery at the Royal Palace of Stockholm.