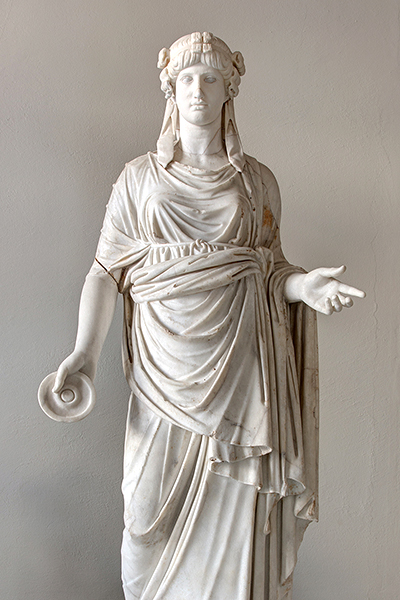 This female figure is a Priestess. The bowl she holds in her right hand is for libations, drink offerings, which she ritually poured liquids from as an offering to a god.

After the sleeping Endymion at the far end of the gallery, this sculpture was the most highly prized by Johan Tobias Sergel, Gustav III’s court sculptor. It was created during Rome’s imperial period between 27 BC and 395 AD, and was discovered in the 15th century in Campania, a region in Southern Italy.