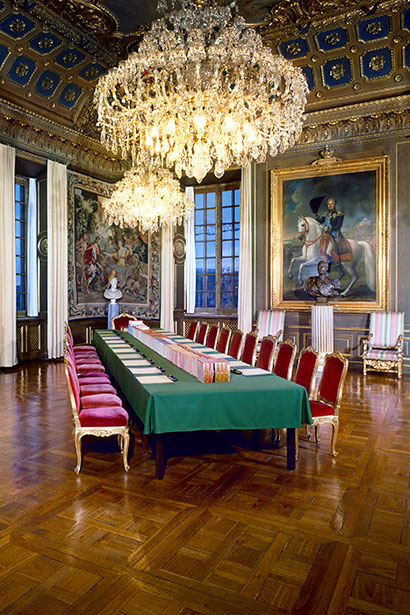 King Gustav III used this room as a dining room, and arranged weekly public suppers in front of invited spectators.

The room was redecorated during the time of King Karl XV. The two large tapestries, with themes from the classical tale of Jason and Medea, were woven by Les Gobelins in 1758 and 1765 and given to King Gustav III during his visit to France in 1771.

FACTS
The five enormous chandeliers are made from Bohemian crystal, and were produced at the J. & L. Lobmeyr glass factory in Vienna during the 1860s.